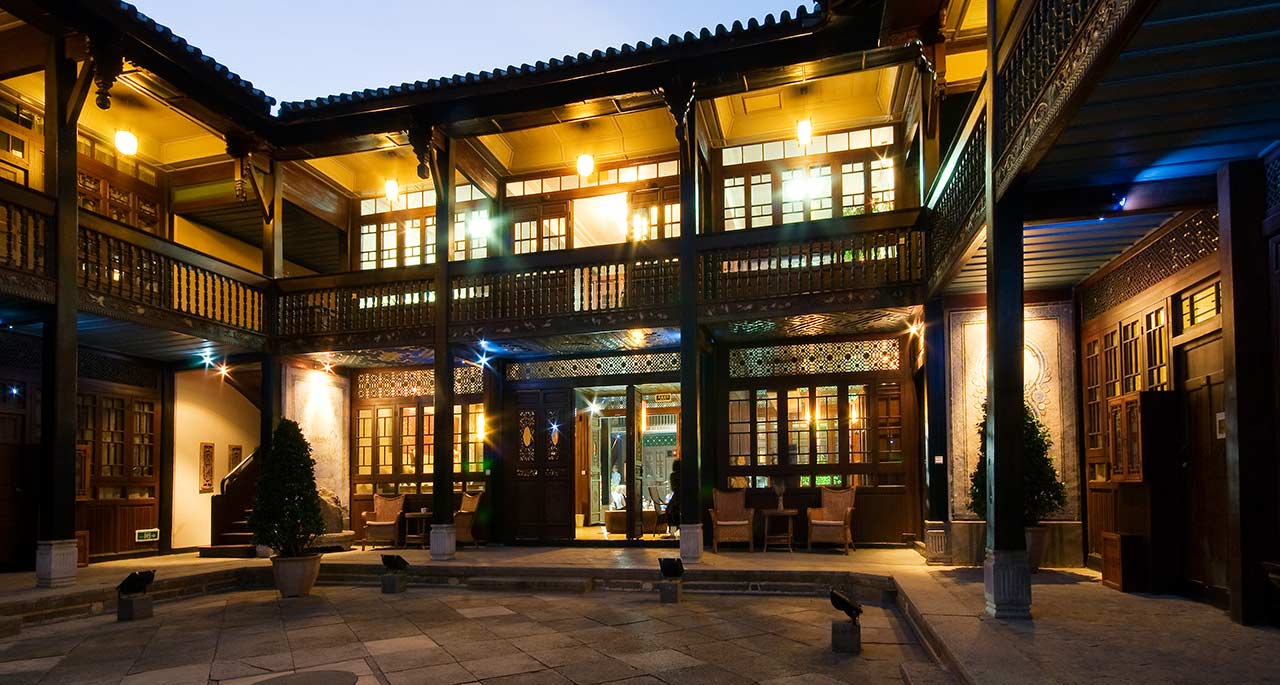 While Dali Old Town has it’s touristy charms, the real hidden treasures of Dali hotels are to be found in the nearby village of Xizhou. Just 30 minutes (18km) drive from Dali Old Town, Xizhou is a jumble of shops, historic courtyard compounds and temples that are an authentic experience. Unlike Dali Old Town, the local government hasn’t yet “harmonized” Xizhou, such much of its historical cultural allure remains intact. The Village was a military stronghold during the Nanzhao Kingdom and flourished as a market town during the Ming Dynasty (1368-1644) as a trading outpost on the Tea Horse Road. The wealthy Bai families of this area built grand manors with high walls, soaring pagoda eaves and intricately detailed stencil paintings. Most of these buildings still stand, though only a few have been restored to their former glory.

It is these thoughtful and meticulous restorations that have transformed merchant clan compounds into some amazing Dali hotels. The first and better known of the two is The Linden Centre. Created by Americans Brian and Jeanee Linden, this stunning manor restoration offers such amenities as a tea room, gym, library and 18 nicely appointed guest rooms. The Lindens, apart from hosting photography and cultural tours, also provide remote study facilities for international school groups.

A second property in Xizhou, the Sky Valley Lodge, which calls itself a heritage boutique hotel, is a fresh take on a re-purposed manor courtyard restoration. Sky Valley features minimalist modern decor contrasting with exposed beams and mud brick walls. The lighting and water features of the hotel, along with its over-sized rooms make it another top choice among Dali hotels in Xizhou.